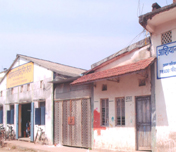 For detail of apprenticeship training scheme, The candidates may contact the state apprenticeship advisory person / Regional Directors of apprenticeship scheme at faridabad, kanpur,mumbai,chennai,kolkata, hydrabad and training & placement officer of respective ITI. It is our endeavour, at Ashiana Private I.T.I. to provide holistic technical education.The Institute was started in the year 2006 with intake capacity of 84 seats in two trades. At Present the institute have intake capacity of 126 seats in two different trades of two years duration.

Training period of this trade is 2 years.
Under craftsmen training scheme the electrician trade was introduced

Training period of this trade is 2 years.
In response to the growing demand in the field of repairing installation